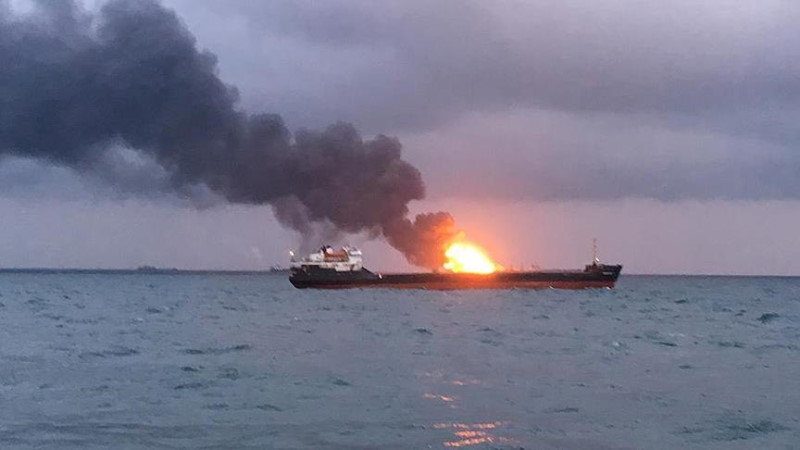 Fears of massive total loss claims in the Black Sea averted but more general losses in the insurance sector will have an impact.

The United Nations World Food Programme has opened the door for dozens of ships trapped at Black Sea ports by the Ukraine conflict to make their escape. War risk underwriters breathed a collective sigh of relief as 13 out of around 50 foreign-flag vessels caught up in the conflict so far have managed to sail free through a UN-backed safe maritime corridor.

If all the ships had remained caught at ports until February next year, the war-risk market could have faced claims up to $900m — based on current valuations — for total loss, under blocking and trapping clauses.

But opening safe passage for these vessels will likely mean losses fall well short of that figure, but it does not mean that insurers have entirely escaped without losses from the conflict.

Claims have been met for ships damaged in the crossfire in the early stages of the war, for maintaining vessels trapped at ports and for crew repatriation.

There was also about $200m-worth of grain and other agricultural cargoes loaded on ships, which may have deteriorated, and may be the subject of additional claims.

On top of that has been a huge loss of business from the closure of Ukraine ports and sanctions on Russian oil and dry bulk trades. Many insurers have also self- sanctioned and rejected business with any Russian connection.

The major concern now will be whether losses suffered in the wider insurance market will impact the marine sector.

S&P Global Market Intelligence estimated insurers face up to $35bn in losses due to the war.

Munich Re, one of the world’s largest reinsurers, warned in its half-year results of “considerable uncertainty regarding the financial impact of the Russian war of aggression in Ukraine”.

A potential $15bn claim for aircraft operating in Russia under Western lease-finance arrangements, which have been confiscated by the Russian state, will impact the specialty insurance sector.

Marine underwriters will likely be faced with additional reinsurance costs from reinsurers seeking to recover Ukraine-related losses, which are likely to feed through to higher insurance costs for shipowners at their next renewal.

As broker Miller commented in its recent market assessment: “Once again, the reinsurance tail is likely to wag the insurance dog.”

The impending impact of the Ukraine crisis comes at a time when the two years of double-digit rate increases in the marine market have started to cool. Rate increases have been limited to about 5% this year.

A general increase in underwriting capacity and new players coming onto the market, driven by an improvement in profitability, have been cited as the reason for the turn in the market.

The additional capacity has put experienced underwriters in high demand, with the recently launched underwriting facilities poaching the best talent.

The other factor likely to impact on rates over the coming months is inflation.

Casualties — such as the 71,000-gt Golden Ray (built 2017) and 20,388-teu Ever Given (built 2018) and most recently the 12,118-teu Ever Forward (built 2020) — have highlighted the huge increase in salvage costs linked to environmental protection and the financial demands of local authorities.

Allianz Global Corporate Solutions ranked shipping casualties seventh in the top 10 causes of insurance loss by the value of claims.

Allianz said: “The economic fallout from the pandemic and the war in Ukraine have combined to create an inflationary environment that threatens to drive up the cost of commercial insurance claims and puts the issue of undervaluation of insured assets firmly in the spotlight.”

Higher ship valuations are also likely to be a factor pushing up premiums. Nordic marine insurance association Cefor recently estimated 2020 was the first time insured values have increased in a decade.