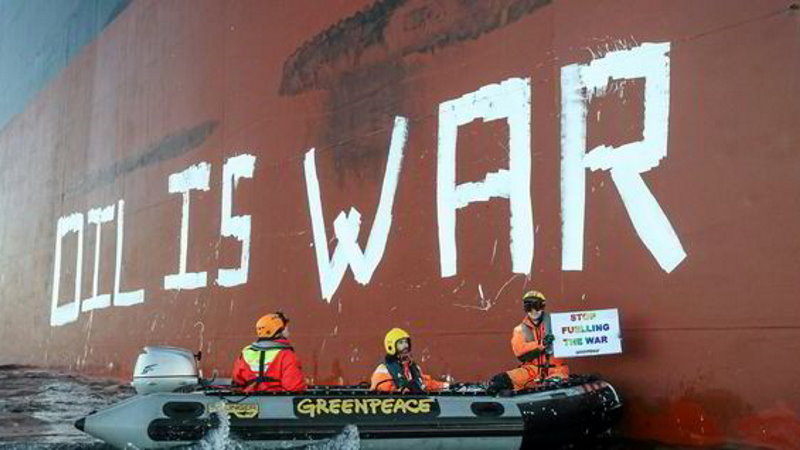 Nearly half of Russian seaborne crude shipments were carried in European-owned tankers in October in a sign of the potential upheaval in trade flows that will follow the European Union’s import ban next month, according to data from a Finland research association.

European countries will ban seaborne Russian crude imports from 5 December and prohibit insurance, finance and broking services for shipments elsewhere in the world unless barrels are priced below an agreed price cap.

Details of the price cap have yet to be thrashed out — including the level it will be set — and it remains unclear how many European owners will seek to continue to haul Russian crude. Data compiled by the Centre for Research on Energy and Clean Air (CREA) indicated that Greek-owned vessels carried more than 40% of Russian crude last month.

Despite the looming ban, Europe remained the highest importer of Russian crude and refined oil products from Russia last month ahead of China, India and Turkey, which have taken an increasing number of cut-price Russian barrels, according to CREA figures.

But the shift away from Russian oil in the run-up to the embargo has seen Russia’s fossil fuel revenues fall for the first time in October to below pre-invasion levels, according to CREA.

The crude import ban and price cap will be followed by similar measures for refined oil products on 5 February. Oleg Ustenko, economic advisor to Ukraine’s President Volodymyr Zelenskyy, told the meeting that the products ban should be brought forward.

“We do believe that refined products should be absolutely banned but not … in February of next year — we should start it now,” he told a meeting at the COP27 summit in Egypt.

The CREA group estimated that setting price caps earlier on Russian fossil fuels entering the EU or carried on European-owned ships from July would have cut Russia’s export income by up to 23%.

Russia has refused to sell crude to any country involved in the price cap and has started to build up its fleet to replace European shipping.

Opportunistic owners have purchased ageing tankers to tap into bumper rates on moving Russian oil, but analysts have still predicted a shortfall in tonnage after the ban. Problems with shipping Russian oil are likely to lead to a production cut.

The International Energy Agency said on Tuesday that Russian production was likely to fall by 1.4m barrels per day next year.

“Russia is putting as much oil at sea as possible given the significant increase in shipments without destination, suggesting that it is already struggling to find new buyers,” the CREA report said.

It suggested that Russia was increasing the amount of oil in floating storage, “in the hope of finding ways to sell it without being affected by sanctions and bans”.

But campaigners warned that the EU lacked the resources to properly enforce any cap.

“There’s a lot of complicated trading and ship-to-ship transfers and so on taking place, and there’s little confidence that there’s enough enforcement capacity to keep track of all of that,” research author Lauri Myllyvirta said.