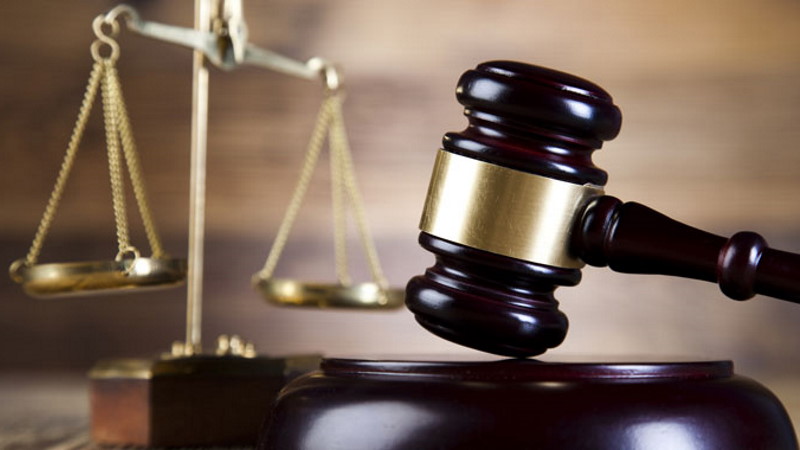 The international case involving oil carrier Heroic Idun (IMO 9858058) shows no sign of calming down, with Equatorial Guinea and Nigeria standing by their line that the crew were effectively pirates and the West African states were doing no more than apply agreed international laws, while the operator, crews, owner and flag states insist that the crew acted completely legally when they thought they were being attacked by pirates in the piracy hotspot of the Gulf of Guinea.

A Nigerian court has now charged the 26 crewmembers with conspiracy to commit a maritime offence and attempting to illegally deal in crude oil. Nigerian authorities claim that the tanker was sailing in Nigerian waters without authority.

The captain is an Indian national while the crew members are from Poland, India, Sri-Lanka and Pakistan, according to the court papers.

The 26 men, including the captain, appeared in a High Court in the Nigerian Rivers state capital Port Harcourt on Monday and Tuesday. The judge ordered them to be detained on their ship under the guard of the Nigerian navy.

The men, who denied all of the charges en bloc, were accused of having “attempted to deal with crude oil within the Nigeria Exclusive Economic zone without lawful authority”.

Nigeria said the vessel had not loaded any oil before the navy approached it, but said the ship made a false claim of a piracy attack, entered a restricted area without authorization and attempted to load crude oil illegally.

On Friday November 11th the crew were compelled, under what was described as armed duress, to move the tanker from Bioko, Equatorial Guinea back to Nigerian waters, where it has moored at the Bonny Offshore Terminal. The All India Seafarers’ Union has reported that seven Nigerian armed guards were stationed aboard the vessel and that the crew were being questioned.

In early August the Heroic Idun fled what they suspected to be a pirate vessel at the Akpo offshore terminal. On August 8th the tanker had arrived to take on a cargo from the terminal’s loading buoy. They were then approached and pursued by what turned out to be a Nigerian Navy vessel – the Gongola. The crew claim that the Nigerian vessel failed to identify itself and that they therefore reasonably assumed that their vessel was being subject to a pirate attack. The Heroic Idun fled and reported promptly to the IMB ICC Piracy Reporting Centre that it had been victim of an attempted act of piracy. The Nigerian Navy officers on the ship told their superiors that Heroic Idun’s crew communicated with the Gongola and must have known that the warship was not a pirate vessel.
That led to Nigeria invoking the Yaounde Architecture for counterpiracy cooperation. It asked Equatorial Guinea to intercept the Heroic Idun and order the tanker to an anchorage.

The workers aboard the Nigerian-owned Akpo platform – without whom there could have been no oil transfer to the tanker, legal or otherwise – have faced no accusations of wrongdoing from the Nigerian Navy or land-based authorities. The oilfield’s operating owner, Chinese state-owned oil company CNOOC, has also escaped any accusation of wrongdoing.

In effect the international incident stems from whether you believe the crew of the Heroic Idun or the crew of the Nigerian Navy ship Gongola, as the narratives are incompatible.

Another possible part of the problem is that the Gulf of Guinea nations struggled for years to build cooperation in their anti-piracy efforts. When the Suppression Of Piracy And Other Maritime Offences (SPOMO) Act came into force in 2019, it was hailed as a breakthrough in the battle against Gulf of Guinea piracy. And, indeed, piracy in the area has fallen away in the past couple of years, although many put this down to international navy patrols more than to the enforcement by local countries.

Nigerian pirates operating out of the Niger River Delta had moved their business model of kidnapping for ransom from land to sea. Their boardings and kidnappings accounted for the overwhelming majority of serious maritime piracy worldwide.

Unfortunately the 2019 law seems to have been deployed just as often against employees of foreign companies as it has against Nigeria Delta-based kidnappers/pirates. The first convictions under the law were achieved in a case against nine contractors from a UK-based maritime security firm, who were charged with conspiring to abduct seafarers off Equatorial Guinea. Their lawyer said that the contractors had been hired to deliver a ransom, not to abduct seafarers.

The second set of convictions under the new law secured 12-year sentences for 10 pirates who attacked the Chinese fishing trawler Hailufeng 11 off Equatorial Guinea in 2020.
2020-built, Marshall Islands-flagged, 156,237 gt Heroic Idun is owned by Idun Maritime Ltd care of manager Hunter Group ASA of Oslo, Norway. ISM manager is OSM Ship Management AS of Arendal, Norway. It is entered with Gard P&I (and with Gard AS as claims leader for Hull and Loss of Hire) on behalf of OSM Ship Management AS.